The need for right-wing research 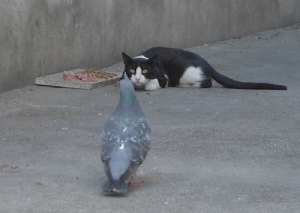 Guess my politics.  I study Social Policy, help edit a blog called ‘Inequalities’, and work in a centre dedicated to the study of ‘social exclusion’.  (To add to the stereoype, I also cook with lentils, listen to folk music, and watch depressing subtitled films in foreign languages). And in many ways I’m similar to most of the people I meet in UK social science.

But does it matter if most social scientists are left-wing/liberal? I argue here that it’s a real problem – partly because of how it affects social science itself, but mainly because of how it damages our wider legitimacy. And rather than just trying to put a cat among the pigeons, I think there are concrete steps that we can take to change this – if we have the confidence.

The politics of scientists

Before tracing the consequences of this, though, it helps to provide research to state the obvious: scientists genuinely are more left-wing than the average. A 2009 poll among members of the American Association for the Advancement of Science (AAAS) – the world’s largest scientific society, according to their website – found that only 6% were Republicans. A few years earlier, the polemical libertarian Critical Review published a series of articles showing that social scientists were also much more liberal than the average.

I don’t know how robust these results are – for example, Roger Pielke Jr rightly points out the AAAS contains a particular type of scientist and misses out other types, while some of the claims in Critical Review seem a bit far-fetched – but aside from the politics of it all, the general point rings true to me.  Social science conferences and journals are full of left-wing critiques of ‘neoliberalism’. One of the most highly-ranked Social Policy journals even states that “it aims to develop an understanding of welfare from socialist…and radical perspectives.”

Academia isn’t a monolith though, and it’s clear that some disciplines are more left-wing than others.  The Critical Review articles found that economists were notably less liberal than others, which again has the ring of truth. (And also partly explains the often tetchy relations between economists and other social scientists).

From the idealised view of ‘science’, the political beliefs of individual scientists simply don’t matter. In our noble quest for truth, we slay ignorance on our path to the holy grail of uncontrevertible truth – with political biases far too weak to win a dual against the tools of the scientific method.

But no-one really believes this picture any more, at least not among those with a passing interest in the nature of social science. Without getting into the much larger debate on this – to which I will return! – values matter in science in terms of:

This is not to say that social science is ‘biased’ in the terms that most people understand bias – I don’t believe that there’s any place for scientists to make up their results, and the main strength of science as a truth-promoting institution is the reliance we place on logical argument. (For those impatient to see a philosophical defence of this, read Heather Douglas’ excellent book).

Getting beyond the idealized picture, the main question is whether the science that we have – a truth-promoting institution, where right-wing researchers do exist, but are a small part of the whole – is sufficient to overcome individual beliefs. I’m not about to resolve this question here, but it’s a serious question that can’t be dismissed.

The legitimacy of social science

Yet the real need for right-wing research is about legitimacy and trust. If social science is seen as biased towards left-wing liberals, then – irrespective of whether this is fair – right-wingers will ignore it.

To me, this is completely disastrous. I believe that democratic debate leads to a far better society when it’s based on truth than falsehood (which you’ll either agree with, or find a slightly strong starting assumption…). If right-wingers pay scant attention to the truthfulness of their claims, then in the long run I think this impoverishes all of society.

This is definitely *not* to suggest that there is no place for a critical (and mainly left-wing) role for social science. Again this is something I’ll come back to, but there’s a strong argument that academia will always have more progressives, in the same way that business will have more right-wingers. But even if academia is primarily liberal, there can be a role for right-wing research within it.

This topic needs an entire book, and it feels slightly frustrating trying to shoehorn this into a short blog post on a Monday morning. But if I’ve somehow kept you with me this far, what can we actually do to change this?

I think there are two relatively straightforward changes we can make, at least in the UK Social Policy field. The first is to encourage right-wing students to take Social Policy courses – which not only means marketing the subject to these students in schools and universities, but also ensuring that right-wing ideas are not just summarily dismissed in our teaching. UK think-tanks have already moved in this direction due to the need to stay relevant (and solvent!) in a time of a Conservative-Liberal coalition, hence Demos’ ‘Progressive Conservatism’ project.

The second is to develop personal links to right-wing politicians and thinkers. This doesn’t mean ‘selling-out’ – I for one have no intention of spending my spare time working for causes that I don’t believe in. Yet if a right-winger comes to us looking for the truth about an issue, we have a responsibility to give it to them, even if we don’t like the way they might use this. In other words, we need to be able to mentally divide between (value-laden) ‘facts’ and (even more value-laden) ‘values’, and have the trust of those on the right that we can tell these apart.

I forgot to say that Brendan’s argument last week is relevant here – it’s impossible to reach out to some people on the right (like Glenn Beck), because they’re simply not interested in checking the truth of what they’re saying.

Also, I linked to two posts that I didn’t mention enough – by Dan Sarewitz and Roger Pielke Jr, both of whom have written some great stuff in the past. Sarewitz interestingly points out that ‘scientists’ in general are still well-respected (despite being liberal); I don’t know how far this extends to ‘social scientists’ too though.

I am a Senior Lecturer in Sociology and Social Policy at the School of Social Policy, Sociology and Social Research (SSPSSR) at the University of Kent. I also helped set up the collaborative research blog Inequalities, where I write articles and short blog posts. I have a wide range of research interests, at the moment focusing on disability, the workplace, inequality, deservingness and the future of the benefits system, and the relationship between evidence and policy. You can find out more about me at http://www.benbgeiger.co.uk
View all posts by Ben Baumberg Geiger →
This entry was posted in Articles and tagged politics of inequality. Bookmark the permalink.

9 Responses to The need for right-wing research