Race, Health, and Disadvantage: the Case of ADHD in Childhood 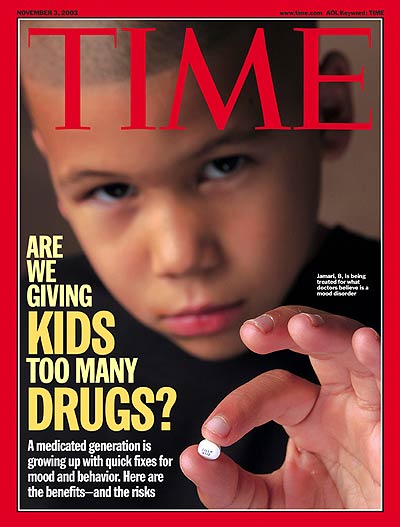 Virtually every classroom has one. The kind of kid (usually a boy) that cannot stop fidgeting, talks out of turn, and distracts others. In the old days this kid might be known as the class clown, and perhaps grudgingly tolerated until he finishes school or drops out. But since the 1990s, and particularly in the last decade, more children like this are being diagnosed with Attention Deficit/Hyperactivity Disorder (ADHD) and being treated with medications to manage the symptoms and enhance concentration.

How should we treat these children? The diagnosis and management of ADHD has emerged as one of the most enduring controversies among parents, and has sparked many debates about pressures to succeed in school in an era of rising competition, racial stereotyping, and the medicalization of energetic children by overeager doctors and teachers spurred by the pharmaceutical industry.

In this post I am mainly going to avoid the ADHD diagnosis debate (I take it for granted that ADHD is a valid neurobehavioral condition and that stimulant medications help to regulate hyperactive behaviors). Instead, I’d like to ask what research about ADHD tells us about racial and socioeconomic inequality in the United States.

ADHD in Black and White, Rich and Poor

Some argue that labeling children with ADHD is a way of managing social deviance and establishing social control (for a recent review see this). A simple version of this “psycho-slavery” hypothesis holds that those children most at risk of being diagnosed and medicated are children on the social and economic periphery, especially black and Hispanic children that are also much more likely to be incarcerated.

An important piece of counter-evidence is that among children with ADHD symptoms, poor children and minorities are less likely to be diagnosed with the disorder. For example, one study finds that while 51% of white children that meet the clinical criteria of ADHD are diagnosed, only 37% of black children and 26% Hispanics are diagnosed.

However, this statistic informs us only about one potential form of misdiagnosis (under-diagnosis), and there are certainly large groups of children that are labeled ADHD but do not meet all of the symptoms. It is concerning how much variation there is ADHD diagnosis rates across the United States (between 5% in Utah and 11% in Alabama), and between the United States and other countries, which is unlikely to be justified by differences in true prevalence.

Among those children diagnosed with ADHD, blacks and Hispanics are less likely to receive any medication treatment. A consistent finding in the United States literature is that black and Hispanic children are much less likely to report using medications to treat ADHD. Studies have documented that whites may be as much as two times more likely to use stimulant medications to manage ADHD. Various authors have speculated about what determines these disparities in treatment – and there is evidence for multiple factors including cultural barriers to care, mistrust of the medical system among minorities, and affordability of care (although these disparities persist among fully insured children).

Most disturbingly, low-income children with ADHD, particularly black children, are more likely to be treated with atypical antispychotic medications which are not indicated for ADHD and may be inappropriately prescribed to control especially hyperactive children.

The evidence presented above paints a fairly stark picture of differences in access to medication treatment for children with ADHD – minorities are, on the one hand, less likely to be prescribed with the appropriate stimulant medications and more likely to be prescribed with the inappropriate medication (atypical antispsychotics). This is in and of itself an important illustration that racial disparities appear early in the United States and among a population that is relatively well insured compared to non-elderly adults.

Living with ADHD and Succeeding

Another reason to worry about inequality in access to effective care for ADHD is the long-term effects of the disorder on education and labor market outcomes. Several studies have shown that children with ADHD are more likely to drop out of school and are at greater risk for juvenile delinquency and substance abuse. One reason for that is that these children, despite being fully capable of learning and succeeding in school, often fall behind in their work, are held back, and are discouraged. (For an excellent general review of human capital accumulation and childhood health see this paper)

Are barriers to success greater for lower-income and minority children with ADHD? Circumstantial evidence would suggest that the answer is “yes”: being in a family with more income should provide access to more of the interventions and treatments that buffer the effect of symptoms on performance. The simplest example is medications (as described above): there is a link between disadvantage and medication utilization, and medication utilization and academic performance, so we would expect that more disadvantaged children with ADHD would perform worse in school and suffer more adverse consequences.

In fact, Janet Currie and Mark Stabile have examined the role of income in buffering the effects of childhood ADHD using cohort studies in the United States and Canada and find that: “The test scores of higher income children suffer as much from ADHD as those of lower income children, though high income children are less likely to be retained in grade. Surprisingly, there appears to be little effect of income on the probability of treatment conditional on hyperactivity scores.” This study is worth revisiting not only for the surprising lack of difference in probability of treatment between income groups (which is not consistent with most of the literature), but also because the data used come from the 1990s, and treatment differences have probably widened since then.

Getting Better Treatment for Disadvantaged Children

In some ways the ADHD treatment debate has become too narrow – the focus of much of the research is on whether children of different races and income groups are receiving medication treatments at the same rates, rather than looking at the complete set of inputs that make children with the disorder successful across the life course. Helping children with ADHD is giving them and their parents strategies to manage the condition, providing resources in schools, and providing medical and counseling services where they are appropriate. Medication treatment can be a critical component of this mix, but is not the only input.

Relatedly, we have very little data to assess how a very complex and overlapping mix of policies in the United States that target children’s health, education, and disability have impacted ADHD treatment. In the last two decades there have been major expansions of Medicaid and the Children’s Health Insurance Program, changes to disability laws that determine access to special services in schools, the passage of national accountability standards in education, and welfare reform laws that may have increased pressures to classify children as disabled.

These policies form a background of resources, norms, and expectations that shape the life prospects of all disadvantaged children, but especially those with special needs like ADHD. Understanding ADHD helps to shine a light on one critical piece of the safety net, and helps us to better understand some of the linkages between inequality in childhood and socioeconomic mobility later in life.

I am a postdoctoral fellow at the University of Pennsylvania in the Robert Wood Johnson Health and Society Scholars Program. I completed a PhD in health policy at Harvard in 2012. My current research focuses on children's health, public programs, racial/ethnic disparities, and mental health. I am also interested in justice and health care.
View all posts by Brendan Saloner →
This entry was posted in Articles and tagged children, health, race. Bookmark the permalink.

5 Responses to Race, Health, and Disadvantage: the Case of ADHD in Childhood