Poverty in the Age of the Xbox

Posted on September 22, 2011 by Brendan Saloner 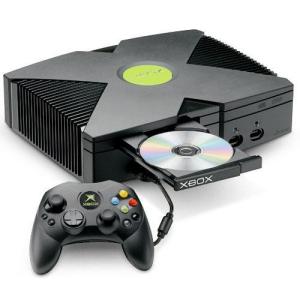 As I reported last week, the poverty rate in the United States in 2010 soared. Under the official poverty line there are now more than 46 million individuals living in poverty. In today’s blog post I want to address one right-wing critique that has gained prominence recently. Robert Rector of the Heritage Foundation and others have made the argument that the poverty line is a misleading indicator of material wellbeing because the majority of people classified as poor actually enjoy a more “middle class” standard of living.

This is a surprising claim, especially because when left-leaning scholars talk about the poverty line in the United States, they typically come to exactly the opposite conclusion: pointing out how inadequate these budgets are for meeting the needs of low-income families. In 2009, the poverty threshold for a non-elderly single adult was $11,161 and was  $ 21,756 for a family of two adults and two children.  For example, an adult that worked full time at the federal minimum wage in 2009 ($7.25) would have earned just over $15,000 per year, even though this adult would probably struggle to afford rent, transportation, and food in most parts of the country.

I’ll begin with the rightwing argument, and discuss some replies from the left.

In a recent brief, Heritage present evidence that: “The typical poor American lives in an air- conditioned house or apartment that is in good repair and has cable TV, a car, multiple color TVs, a DVD player, a VCR, and many other appliances. Half of the poor have computers, and one-third have wide-screen plasma TVs.”

The chart below makes this point using data from the 2009 U.S. Department of Energy, Residential Energy Consumption Survey.

How can families earning so little have the money for so many amenities? The Heritage authors point out that the prices of many durable goods have decreased substantially over the previous decades, meaning that the standard of living of poor households measured by their consumer spending power has risen: “As a rule of thumb, poor households tend to obtain modern conveniences about a dozen years after the middle class. Today, most poor families have conveniences that were major purchases or unaffordable to the middle class not too long ago.”

The Connection to Material Deprivation

Of course, it might be the case that even as the poor are able to afford more amenities, they continue to experience substantial material hardships. The Heritage authors concede that this is “theoretically possible,” but argue that the data do not support the notion that material hardship is widespread among the poor.

They point to data on an array of hardships: food insecurity, risk of homelessness, housing quality, and home ownership. All of these data appear to tell the same basic story: experiencing any inadequacy in living conditions is rare, even among the poor. (Note: the second and third posts in this series will return to the measurement and conceptualization of material hardship)

Consider food security. They provide data (somewhat outdated, from 1995) that purport to show poor individuals consume very nutritionally similar diets to their non-poor counterparts as measured by protein intake, vitamins, and minerals. They also show that less than 3 percent of poor children in the United States experience stunted growth. Finally, turning to surveys of self-reported food adequacy, they show that child hunger is rare, even among the poor (less than 5 percent, 1.4 percent among all children), and still uncommon among adults (14 percent for poor adults, compared to 5 percent among all adults).

Replies from the Left

I mentioned in my last post that I thought that the leftwing has not credibly replied to some of the Heritage evidence. In an email correspondence, Danilo Trisi from the Center on Budget and Policy Priorities made some interesting observations and pointed to a couple of online replies. I’ll present these counter-arguments, and then close with my own assessment.

Danilo pointed out that there is more than one way to look at the hardships data. According to a recent CBPP post that uses the same datasets as Heritage, more than 44 percent of poor households with children were “food insecure” in 2010. Why the discrepancy with Heritage? In part, because the Heritage authors only singled out the most severe indicators of food problems – hunger. Measuring the total adequacy of food in one comprehensive measure is difficult, but the USDA food security scale is designed to capture problems affording food that the household deems adequate, even if the outcome is not hunger. (One issue that also comes up measuring food insecurity is stigma, as some parents are understandably reluctant to report that their children are hungry).

Several points have also been made against the claim that poor families have many amenities. The same CBPP brief points out that it’s not surprising that many poor people have these amenities, because they may have purchased them when they had higher income and then experienced an income shock. Poverty is often a fluctuating condition: “Some families move in and out of poverty; nearly two out of five people living in poverty in 2006 were not poor two years earlier.” If the research on poverty dynamics is right, even short-term experiences of poverty can have long-term scarring effects on the emotional health of children and on future earnings.

The Center for American Progress has also responded to the Heritage argument. They argue that: “the electronic devices that Heritage cites are everyday necessities today. Who has iceboxes anymore? Who doesn’t need a cell phone to find a job or keep one?” They also argue that the Heritage analysis ignores some other costs for families that are not going down over time. In particular, the cost of child care and health care have put a considerable squeeze on the financial resources of low and middle-income families (including many of those are well beyond the poverty line). Finally, in a series of charts they show that even if the poor were to sell their durable goods they probably would not experience a meaningful change in their standard of living. Selling a used refrigerator, for example, would buy 8 day of food for a family of four.

I have two mixed reactions. On the one hand, I find many of the points made in reply to the Heritage argument convincing. It seems clear both that poor households, and many near-poor households, are under unprecedented strain: the job market is dismal, government aid is eroding, and health care and other costs continue to rise. Focusing on a basic inventory of household goods or on relatively extreme hardships does not adequately capture the precarious position of these households.

I am also convinced that the effort to present these data is part of a not-so-subtle ploy to weaken support for redistributive policies. Daniel Goldberg points us to Jon Stewart’s hilarious take on these data on the Daily Show.

And yet, the Heritage argument is also a useful reminder that there are some important data out there that do not get frequently discussed by leftwing academics. In particular, who knew that 54 percent of the poor own a video game system, or that 23 percent have a TiVo? That’s surprising, and perhaps somewhat contrary to an assertion that all of the durable goods that poor families have are actually necessities. You may think that the poor are not entitled to big screen televisions and game systems, or you may think this fact is irrelevant to social policy altogether. You may also (like me) think that this fact partially reflects some mis-measurement in how we define the poor. I’ll return to this third possibility in my next post, but whatever you think about this, it is still a socially and culturally interesting observation that has implications for how we think about the changing standard of living at the bottom of the income distribution.

I am a postdoctoral fellow at the University of Pennsylvania in the Robert Wood Johnson Health and Society Scholars Program. I completed a PhD in health policy at Harvard in 2012. My current research focuses on children's health, public programs, racial/ethnic disparities, and mental health. I am also interested in justice and health care.
View all posts by Brendan Saloner →
This entry was posted in Articles and tagged food, material hardship, measurement, politics of inequality, poverty, standard of living. Bookmark the permalink.

3 Responses to Poverty in the Age of the Xbox