Conditionality and the deservingness of benefit claimants

In this, the final of three posts responding to John Humphrys’ Future State of Welfare, I consider whether the benefits system should be conditional on taking crap jobs or making people take steps back towards the labour market. 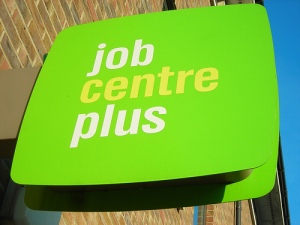 It’s relatively easy to sit back and cherry-pick misleading claims made by journalists about the benefits system. In the past two posts, I drew attention to Humprhys’ account on the BBC and why I think that (despite truth in places) the picture presented was problematic  or downright wrong.

But the greater challenge is to know what we should around issues of the ‘deservingness’ of claimants. Humphrys argued that we should follow the US workfare model, and that welfare should be highly conditional – that is, that if you follow the stringent rules on looking for work on taking any job then you get the benefit.  If you don’t, you won’t. In this post, I try and decide whether such conditionality is the answer.

To cut through the large, contentious debate on welfare conditionality, we can reduce the debate to three possible justifications: impacts, ethics, and attitudes. Of these, I will spend the shortest time on impacts. This is not because it is unimportant; Lawrence Mead, one of the most influential advocates of conditionality, has argued that the key reason for a ‘help and hassle’ approach is that it gets discouraged, dependent benefit claimants back to work – with the ability to transform their own lives. Likewise, the DWP consistently claim that work is good for the health of disabled people. However, the evidence on sanctioning is mixed – particularly when you look at a wide range of outcomes over a long period of time – and reviewing this diverse evidence is a task for another post.

The ethics of conditionality

Most of the debate on conditionality, though, has been about whether it can be ethically justified. According to Alan Deacon’s influential account (in Meed and Beem’s Welfare Reform and Political Theory) there are three possible ethical justifications: on the grounds of paternalism (similar to my discussion of impact), contractualism (between the state and the citizen) and mutualism. I am particularly interested here in the mutualist conception – that a well-functioning, ethical society requires us to fulfil our obligations to one another, and that one of these obligations is to contribute to society.

As I argued last week, there is little evidence of a ‘dependency culture’ in Britain where people have no intention of working; and as argued the week before, nor is there sign of wholesale fraud where people claim benefits despite being perfectly able to work. Yet it is clear that there are some people who are choosy about which jobs they will take. This choosiness is not restricted to benefits claimants, but reflects the facts that there are simply some jobs in this country that are low status – the ‘low-pay, low-prestige, low-dignity, low-benefit, no future’ McJob (in Coupland’s words).

Do we force people to take these jobs? On the one hand, for all the talk of ‘hard-working families’, it is clear that neither politicians nor the public at large have any genuine respect for most people that work in these jobs. Yet how we can allow people to refuse to take these jobs when they are subsidised by taxpayers working in those very same jobs? And as Brendan’s comment pointed out, these jobs need to be done, however much we may wish otherwise.

There are nonetheless several substantial problems with conditionality, particularly when applied to those whose main issue is not their choosiness about work – those whose health/disability makes work difficult, and those with caring responsibilities. Ruth Patrick fiercely argues against conditionality for disabled people in this (free) debate with Paul Gregg and Lawrence Mead, primarily on the grounds that the root of the the problem is not in the individual’s desire to work but rather in the structural constraints that prevent them from working. Tina Haux makes an analogous argument about the ‘ability to work’ of lone parents. Moreover, conditionality tends to value jobs over broader conceptions of work; care work and voluntary work are not treated as contributions towards society. Responding to both of these points, the philosopher Stuart White’s conception of ‘fair reciprocity’  defends an obligation of conditionality, but only which itself is conditional on  wider structures that make these strictures reasonable.

To me, the ethical conundrums are insoluble – as they usually are. Instead, the strongest arguments for conditionality are around public attitudes and ‘deservingness’, and in particular the criteria of reciprocity (doing something in return, either now or in the future) and control (are you responsible for your situation). Put simply,  public support for benefit payments are primarily conditional, and depend heavily on ideas about reciprocity. For example, over 85% of the British public in 2009 thinks that unemployment claimants should be required to do unpaid work in the community, and majorities think that disabled people and particularly lone parents should be required to go to the jobcentre to talk about ways they might find work (see The Solidarity Society for other research that comes to the same conclusions).

This does not necessarily mean that conditionality will make the benefits system more popular.  It has been argued – such as by Bell and Strelitz in Decent Childhoods – that conditionality entrenches a rhetoric of dividing deserving from undeserving claimants, and contributes to the dismal level of support  in the UK. The graph below (taken from British Social Attitudes data) shows how New Labour can hardly claim their emphasis on conditionality helped transform deservingness perceptions.

Irrespective of the impacts and ethics, both of which are contested, conditionality therefore has a central place in responding to the way that desert is perceived by the British public. The key is not ‘yes’ or ‘no’ to conditionality, but what sort of conditionality we want. As Stuart White puts it, “once the issue of reciprocity becomes simply, or even primarily, a question of how tough to get with welfare recipients, the left has already lost the battle.”  Whether we will see this kind of transformation in conditionality talk in the UK, though, is yet to be seen.

I am a Senior Lecturer in Sociology and Social Policy at the School of Social Policy, Sociology and Social Research (SSPSSR) at the University of Kent. I also helped set up the collaborative research blog Inequalities, where I write articles and short blog posts. I have a wide range of research interests, at the moment focusing on disability, the workplace, inequality, deservingness and the future of the benefits system, and the relationship between evidence and policy. You can find out more about me at http://www.benbgeiger.co.uk
View all posts by Ben Baumberg Geiger →
This entry was posted in Articles and tagged political attitudes, public opinion, welfare payments. Bookmark the permalink.

9 Responses to Conditionality and the deservingness of benefit claimants