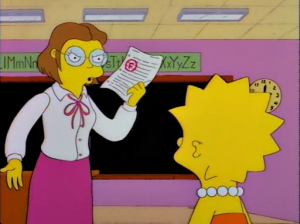 For me, there are two key questions that come from this:

1. How far can different forms of capital be converted between each other?

If personal capital is randomly distributed and can’t be bought through economic, cultural or social capital, then it’s a counterweight to other inequalities.  But if it’s a manifestation of other capitals – if it is a way of concealing other advantages within the concept of the ‘natural’ – then it may have a role in the reproduction of inequality. This was the topic of my original post on Hakim, where I called it the ‘alchemy of advantage’ (the transmutation of elements seeming to capture something about these mystical transmutations, at least to me).

It seems far more likely to me that other forms of capital are critically important in personal capital – be it your friends help and guidance on how to look/behave (social capital), your aesthetic taste, knowledge and distinction (cultural capital), or your material wealth (economic capital). Indeed, middle-class parents seem to invest large amounts in creating the personal capital of their children, generating personality rather than prettiness. Which is why personal capital is such a fascinating area of study.

2. What do we do (if anything) about inequalities in personal capital?

The 2nd question partly stems from the 1st. In one talk, Hakim argued that “We’re happy to reward intelligence achieved through hard work, even though that discriminates against those who are less intelligent. Therefore, we should reward those who are above average in attractiveness through the hard work they put into looking good.”

Brendan has spoken about these issues on the blog recently. Picking up from the end of that discussion, one of the key questions is whether we regard low personal capital (personality+looks) as a matter of luck or of choice. ‘Luck egalitarianism’ holds that people should be compensated for bad luck, but not for bad choices. But what do we about being unlucky enough to be the sort of person that makes bad choices?

As a thought experiment, imagine that ‘science’ had given us the ability to completely choose our personalities. Most likely we would not all end up with the same personality, because we would start with different original personalities, and these affect our choice of which personality to have next. Thus starts an endless cascade of blaming your previous personality for your current personality, and tracing this all the way back to where you started from. (This would incidentally make a great sci-fi novel, for anyone with a book inside of them).

The forms of capital

So if I don’t agree with Hakim much on the specifics, I agree wholeheartedly on the value of extending our conceptualisations of the forms of capital. Looks, charms, smiles, charisma – they all matter, but the answer is not to extol their virtues, but to systematically investigate their role in the inequalities we see around us.

I am a Senior Lecturer in Sociology and Social Policy at the School of Social Policy, Sociology and Social Research (SSPSSR) at the University of Kent. I also helped set up the collaborative research blog Inequalities, where (after a long break) I am again blogging about inequality-related policy & research. I have a wide range of research interests, at the moment focusing on the role of social science, disability, inequality, deservingness, and the future of the benefits system, and I co-lead the Welfare at a (Social) Distance project (on the benefits system during Covid-19). You can find out more about me at http://www.benbgeiger.co.uk
View all posts by Ben Baumberg Geiger →
This entry was posted in Articles and tagged gender, theorising inequality. Bookmark the permalink.